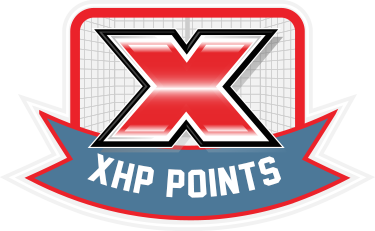 Snow brush on one end, ice scraper on the other, all connected to your favorite tool, a hockey stick. Did cleaning your car off in the morning just become fun? Bring it on winter!

If you live in a traditional hockey climate, there is no avoiding winter or snow. And if you want to make it safely to your game on time, cleaning the snow and ice off your car is a must. So why not look the part and get into a hockey mindset with the Hat Trick BBQ Snow Brush. This convenient hockey tool features a snow brush on one side and ice scraper on the other, all connected to a game-used hockey stick. Want to make cleaning your car off every morning feel a little more like playing the greatest game on earth? Then head on over xHockeyProducts. The story began as two hockey dads continually watched expensive carbon hockey sticks being thrown in the trash. They asked this question; What could we do with these sticks instead of filling land fills? Over a pile of broken sticks inside a hot garage Hat Trick BBQ was born. Partnering with teams and manufacturers around North America they began upcycling thousands of hockey sticks into unique high quality BBQ sets. The line has grown to include other must have products for hockey players, fans, parents and those who simply love to BBQ.

SKU:
HatTrickBBQ-Snow
UPC:
Condition:
New
Availability:
Typically ships in 1 - 2 business days
Return Policy:
Returning or Exchanging any products must be completed within 30-days of original shipping date. All items must be in NEW and UNUSED condition, in the original box and packaging. Shipping is not included.