xHockeyProducts™ is honored to work with GoPro to have our training aids showcased in the NHL After Dark™ GoPro Video Series by some of the best players in the NHL today. According to the creative director of GoPro, Davis Paul, the goal in the second year was “to get the innovative products out there, spark the creativity of the players. Ultimately challenge the guys to do things that the general public wants to see... see how good these guys really are.. it’s been exciting and really fun getting the products out on the ice.”

Thanks Davis. It was a lot of fun helping to challenge the players with our training aids while you captured this incredible video content. Congratulations from xHockeyProducts! Built for Players by Players! 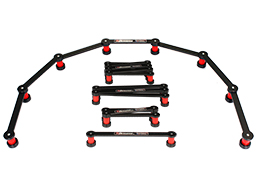 Using patent-pending technology and an innovative design, our xDeviators™ gives players of all levels the ideal tool for enhancing puck control skills. The xDeviator™, xDeviator™ 1.0, and xDeviator™ 4.0 were are used. 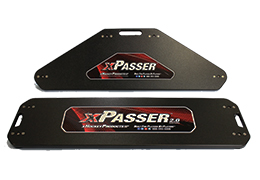 The patented and portable xPasser™ Lineup is the training device to develop accurate passing. Exceptional performance for every level of player. Both the xPasser™ and xPasser™ 2.0 were used 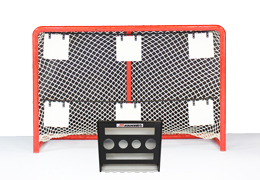 The three xTargets™ allows players to easily set up at any height in the net. Beginner or pro, this system will challenge players of all ability levels.

ABOUT THE SERIES: NHL After Dark™ The National Hockey League (NHL), the NHL Players' Association (NHLPA), and GoPro have announced an extended partnership for the 2016 NHL season.

This year's 11-part series will give hockey fans an immersive look at what happens on the ice during late night training sessions. See the game from the perspectives of Tomáš Tatar, Evgeni Malkin, Gabriel Landeskog, Daniel Sedin, Henrik Sedin, Duncan Keith, Cory Schneider, and Claude Giroux.

New Episodes will be released every Wednesday for the remainder of the season. Shot 100% on the HERO4® camera.